What is the Nmap (Infrastructure security scanner)

Nmap means network mapper, which is used to discover the host and service on the computer network by sending packets and analyzing the responses.

It includes host discovery and service and operation system detection. 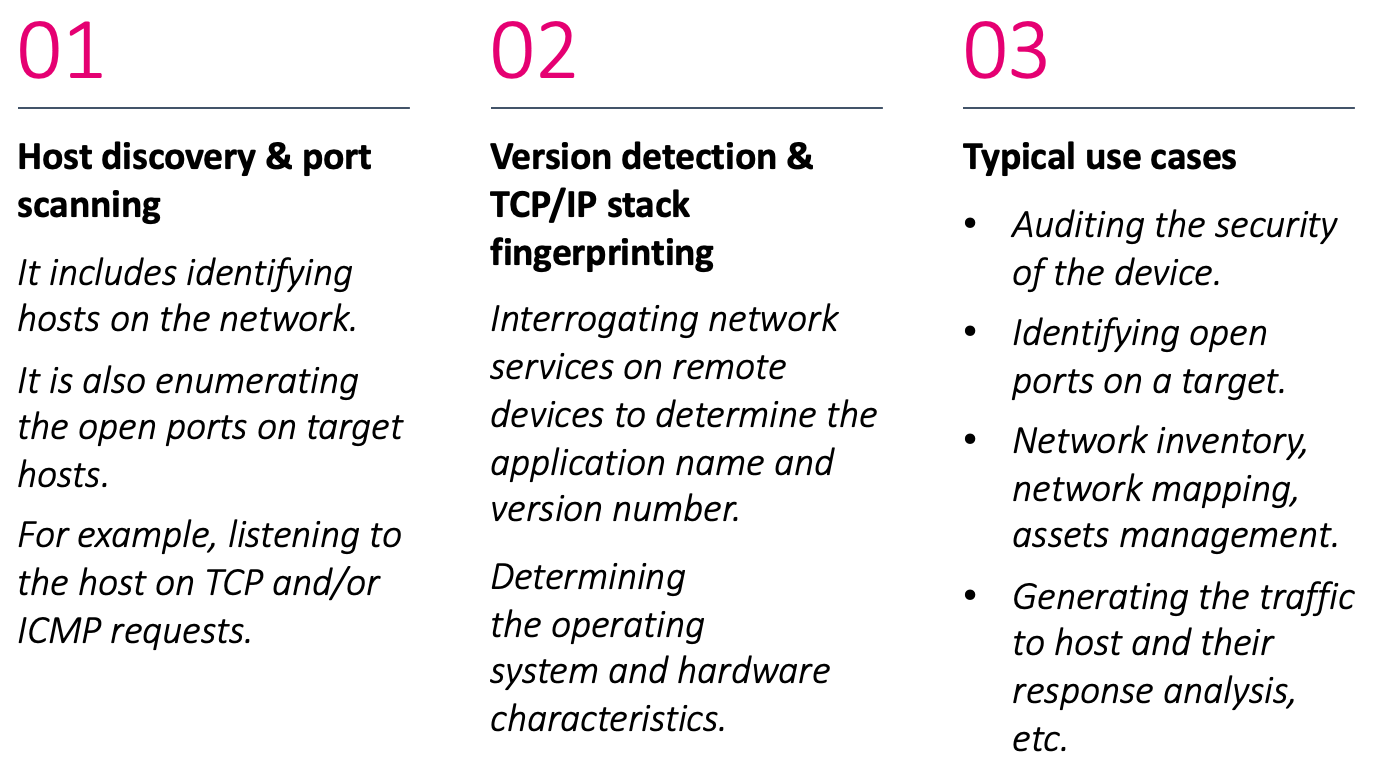 Don’t forget to read as well general instructions. This snippet uses the variable TARGET which refers to the hostname which we would like to scan by NMAP.